The Principality of Monaco has a surface area of 2 square km yet an international reputation that stretches far beyond its borders thanks to seven centuries of stability that have been carefully nurtured by the princely family. The Grimaldi dynasty has been working tirelessly to maintain its sovereignty in Monaco since 1927.

The economy and property investment

The Principality of Monaco operates on a unique economic and social model based on structural budgetary balance and zero recurring debt. This system allows the Principality to safeguard and consolidate the long-term effectiveness of its economic model.
Monaco offers residents and investors alike a tax system whose particularities are perfectly suited to property investment.

Security in the Principality of Monaco

Respect for and security of property and individuals is a key priority for the Prince's government. Security for Monaco's inhabitants is provided by one of Europe's most efficient and modern police forces, drawing on extraordinary human and material resources: one police officer for every one hundred inhabitants, a CCTV system of approximately 700 cameras operating 24/7 across the Principality and the ability to block all access to the Principality in a matter of minutes, all combine to maintain an exceptionally low crime rate.

Quality of life in the Principality of Monaco

Tucked away between sea and mountain, Monaco's idyllic location offers relaxing and unparalleled leisure time and working conditions, where water sports and snow sports on the Alps' snowy peaks are less than two hours away. Social, sports and cultural events here are renowned around the world for their quality and prestige.
Social events: Red Cross ball, the Bal de la Rose ball, etc.
Sports events: Formula 1 Grand Prix, the Monte Carlo Rally, the Herculis athletics meet, the Tennis Masters, the International Show Jumping event, etc.
Cultural events: The Ballets de Monte-Carlo company, concerts from the Philharmonic Orchestra, the Opera, the Princess Grace Theatre, the International Circus Festival, the International Television Festival, etc.
In addition, oceanography, anthropology and prehistory museums as well as art exhibitions at the Villa Sauber and Villa Paloma and permanent and temporary exhibitions at the Grimaldi Forum.

The Principality is now home to a new Yacht Club in a futuristic design created by world-renowned architect Norman Foster. Magazines have been unanimous in hailing the club as one of the most luxurious in the world thanks to its hospitality, design and sporting prestige.
Last but by no means least, Monaco's Automobile Club plays host to all car enthusiasts, who can expect to receive an unforgettable welcome upon entering this iconic space.

The Prince's government puts education at the very top of its list of priorities in order to safeguard the Principality's future. Monaco is home to 9 public educational establishments in which English is taught from kindergarten and a targeted 'French as a foreign language' stream is in place to encourage the integration of non-francophone pupils. The system is made up of six kindergartens and primary schools, a middle school, a general and technical high school (with baccalaureate pass rates of over 90%), a professional and hospitality college as well as two private denominational schools contracted by the State. In addition to these educational bodies, the International School of Monaco offers bilingual teaching (English/French). The International University of Monaco is the Principality's higher education establishment, and offers Bachelor, Masters and MBA courses.

The Principality of Monaco ranks among the OECD's leading countries in terms of health monitoring, prevention, and especially for its health care system and cutting-edge and highly efficient medical facilities. 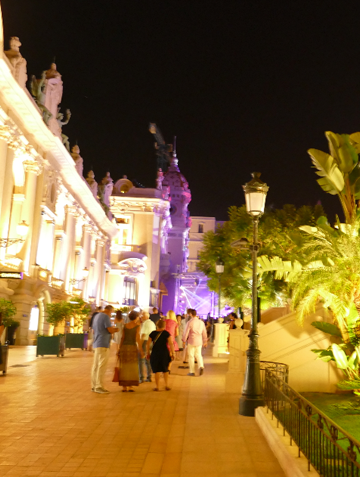 COMMERCIAL PREMISES WITH SHOP WINDOWS Close to the Golden Square -

To rent Price upon request

Nice 1 Bedroom Apartment in the Hearth of Fontvieille